Matt Ertl, an native of Indiana, truly began his musical journey when he first came up to Interlochen in 2008, where he met the Interlochen horn professor at the time and 3rd horn of the Traverse Symphony, Gene Berger. Ironically, Matt began his undergraduate degree at Ball State University the same year that Gene accepted a teaching position there. In 2013, two years into his degree, Matt began returning back up to northern Michigan to perform with the Traverse City. The two performed together until 2019, when Gene left the Traverse Symphony. To this day, they still keep in touch quite often.

“I am so fortunate to be a part of such an incredible group. Having come from Indiana and now New York, it’s always been quite a hike to make it up to Traverse for a performance. But coming up and experiencing the gorgeous views of the bay, the forests, the quaint shops, the Christmas tree in the middle of the road downtown in the winter months, the cherries, and, most importantly, the appreciation that our audience shares for the music we make – well you just can’t beat that!” 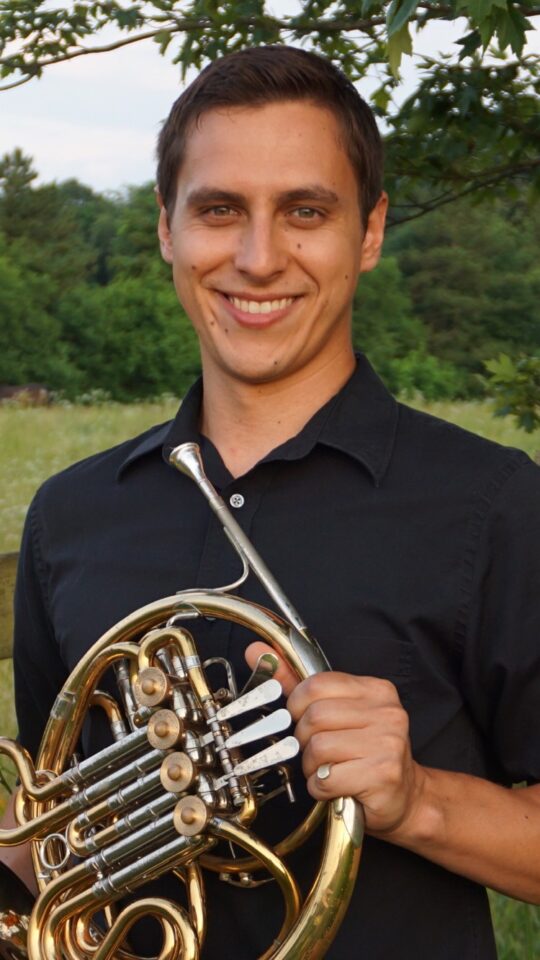