A Czech born violinist, Vita Cernoch, has a wide list of competition and performance credits, including first prizes at the Kocian International Violin Competition in Ústí nad Orlicí and the Beethoven’s International Solo and Chamber Competitions in Hradec nad Moravicí, in the Czech Republic.

Since 1988 when he was chosen to represent the Czech Republic at the International violin festival in Caracas, Venezuela, with a peformance of the Dvorák Violin Concerto, he has given concerts in many countries in Europe, Asia, America, and Africa, including venues such as Wigmore Hall in London, Izumi Hall and Phoenix Hall in Osaka, Tsuda Hall, Suntory Hall and Opera City Hall in Tokyo, Carnegie Hall in New York, Museum of Art in Cleveland, St. Lawrence Center for the Arts in Toronto, Seoul Art Center, Prague Spring Festival, Festival de Luberon (France), Beethoven Hall in Bonn, Herkules Saal in Munich, as well as at Hong Kong, Montreal, Vienna, Salzburg, Barcelona, Helsinki, Bruxelles, and Taipei, to name just a few.

REVIEWS
Beethoven’s Sonatas, Ops. 30 and 47, were performed by Vitezslav Cernoch. His interpretation was full of nobility, modesty, and warmth, and yet it was also full of brilliancy and glow.
– Karlovarske noviny
The spirited and steady canon of Franck’s Sonata in A Major was interpreted by [Cernoch] gracefully and with clear ideas about its form. The encore, requested, almost forced by the audience, was a composition by Kreisler, in which the soloist exhibited his phenomenal violin technique.
– Karlovarske noviny

Cernoch’s violin … sounded quite clear and serene in the Violin Sonatina G-Major op.100, by Antonin Dvorak. He [Cernoch] performed this piece beautifully, creating a melancholic atmosphere without becoming too emotional. …In Leos Janacek’s Sonata for Violin and Piano … the lower strings of Cernoch’s violin, mainly the G-string, resonated so fully that the audience could not help but get drawn into the music…
– Musica Nova, Japan

Vitezslav Cernoch’s performance of Tchaikovsky’s Violin Concerto was admirable, full of pure virtuosity, enriched by cantabile lines of his poetic, almost dreamy interpretation. His brilliant technique culminated in a flawlessly played cadenza – his performance was rewarded with a long lasting applause and ovations “Bravo.”
– Lidove noviny

Cernoch’s violin playing is far from dry and scholastic. He illuminated the evening with impeccable style and impressive gestures, especially in his high register of “Allegro ma non troppo” [Dvorak’s Violin Concerto]. His sound is monumental and crystal clear, with strikingly clean double stops.
– Caracas, Venezuela 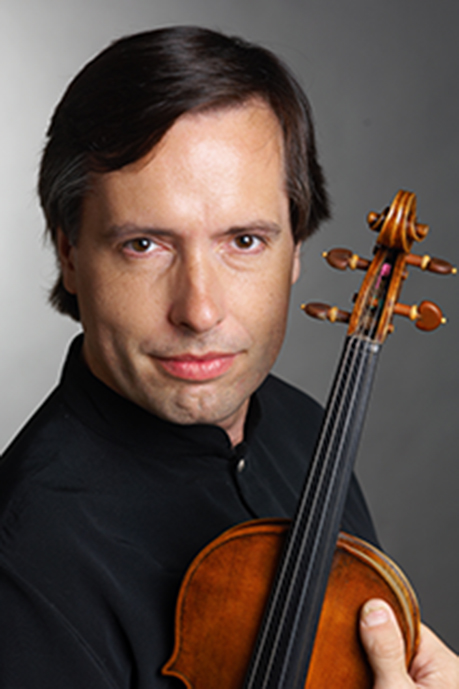