Nancy Stagnitta is Instructor of Flute and Chamber Music at Interlochen Arts Academy, artist/faculty at the Amalfi Coast Music and Arts Festival in Italy, and principal flutist with the Traverse Symphony Orchestra. Praised for her “brilliance and beauty of tone” by the Baltimore Sun, she was appointed as U.S.I.A. Artistic Ambassador to southern Africa, where she presented solo recitals and master classes in Angola, Botswana, Madagascar, Mauritius, Mozambique and Namibia. She has also performed at the Shanghai Conservatory, the Biblioteca Universitaria di Napoli, Tchaikovsky Hall in Moscow, and on the Voice of America Broadcast Network.  A two-time recipient of the Maryland State Arts Council Solo Artist Award and a semi-finalist in the National Flute Association Young Artist Competition, she was recently featured on the cover of Flute Talk magazine.

Stagnitta formerly served as piccoloist with the Sarasota and Baltimore Opera Orchestras, substitute flutist for the Baltimore Symphony, and has performed as concerto soloist with the National Gallery Orchestra in Washington, D.C. She has recorded for Capstone Records, was a featured jazz soloist at the National Flute Association Convention in Chicago in 2014, and has presented masterclasses at the Shanghai Conservatory and at universities across the U.S.  As a result of her holistic approach to teaching, she was invited to present a lecture on the relationship between body alignment, resonance, and injury prevention at the 2011 Performing Artist and Athlete Science Symposium.

Stagnitta earned the degrees of bachelor and master of music from the Peabody Institute, where she received the Ashworth Prize. Her teachers include Robert Willoughby, Timothy Day, Mark Sparks, and Beatrice Keram.

Private Studio and For Hire: Nancy Stagnitta is available for private events as a soloist, chamber musician, and jazz flutist. In addition to her position as Instructor of Flute and Chamber Music at Interlochen Arts Academy, she maintains a small private teaching studio. For more information email nancy@nancystagnitta.com

“… Nancy Stagnitta played with brilliance and beauty of tone.” – The Baltimore Sun

“… not only a supremely talented musician, she represents the best of America in grace, poise and good humor.” – U.S.I.A., Maputo, Mozambique

“… gave the premiere a technically assured and sensitive reading.” – The Washington Post

“The interpretation of To Music by flutist Nancy Stagnitta is imaginative, playful, clear, and virtuosic — a true listening pleasure. The multiphonics were especially enjoyable. Elizabeth Vercoe’s Kleemation and Other Works is a compilation recording of the highest quality from both an artistic and an engineering standpoint… outstanding in every respect, an artistic masterwork that merits high praise.” – International Alliance for Women in Music

“Of great impact are the sensations which bring the audience to their feet. The interplay of each musician, the malleability of the Trio with the noted Stagnitta, the unbelievable uniformity, that seems to makes one oblivious to time. “A Voyage beyond the notes” has given place to a banner evening of real and proper art and has given a place to a great flutist like Nancy Stagnitta and to musicians of equal caliber, Sandro Spalace, Corrado Cirillo and Adriano Formati, who have “sung and expressed” note for note, taking it and leaving it as the greatest sign of love.” – translated from Caterina Laita, “Napoli on the Road”

“… [the album] “Joy of My Life” is a joy indeed… both artists bring forth a marvelous sound from their respective instruments… even more impressive than their excellent sound, masterfully captured on this disc, is the way they complement each other… a melding of the souls of two fine musicians, to bring forth musical beauty that leaves one breathless… and, at least for a moment… speechless. That is very rare indeed, for this veteran broadcaster.” – WBAA, National Public Radio from Purdue University

“… Stagnitta plays her flute with loving tenderness… quite inventive… [Stagnitta and Levit] breathe sensitivity into the melodic tunes, yet they also transmit stimulating vibes through their close interplay and creative interpretations… this performance has character and many surprises…” – Cadence Magazine

“… a poised and accomplished performer.” – The Annapolis Capital

“… What is fascinating about this remarkable young artist is that her jazz playing is approaching this level as well.” – Music Monthly 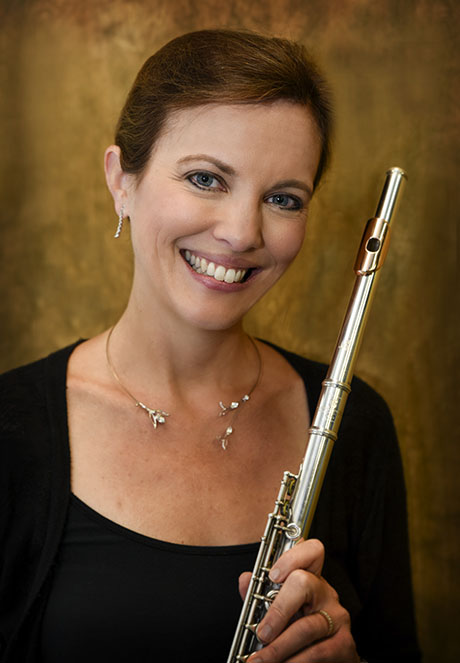