Born in 1986 in Yerevan, Armenia, Mr. Samvel Arakelyan began playing violin and piano at the age of six. After graduating with honors from the Lazar Saryan Music School in 2000, he continued his studies for 2 years at the Tchaikovsky Special Music School Yerevan.

In 2003 he attended Yerevan State Conservatory with full scholarship. During his studies he appeared in numerous recitals throughout Europe, the United States, and Russia. In 2011, Samvel was accepted to Michigan State University, where he completed his Artistic Diploma with Dmitri Berlinsky. Currently, Samvel is pursuing a DMA at Michigan State University on a full scholarship.

Samvel has performed in masterclasses with renown violinists Viktor Danchenko, Mikhail Bezverkhni, Richard Young , Frank Almond, Junet Sung and Bin Huang. In 2007 he participated in Young Euro Classic Festival and performed in Berlin Konzerthaus with the Armenian Youth Symphony Orchestra. In 2008 he was a participant of the Aram Khachaturian Festival in Moscow, Russia. There he performed in the Tchaikovsky Great Hall. In 2013 Samvel was a participant of the Summit Festival in New York. In 2015 Samvel performed in Carnegie Hall with chamber groups as a part of the AGBU 7th Annual Performing Artists Concert.

Samvel is the concertmaster of the International Chamber Soloists led by Dmitri Berlinsky. 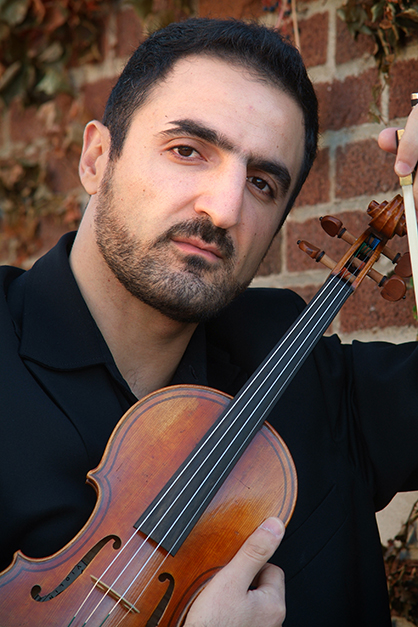