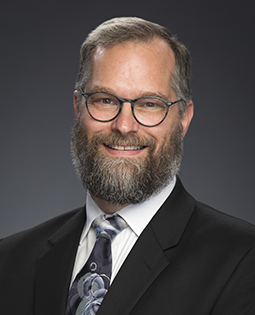 Kedrik Merwin currently serves as the Executive Director for the Traverse Symphony Orchestra. He is an accomplished musician, educator, and arts leader, and has had a thirty-year career as an orchestral musician playing trombone with the Augusta Symphony, Savannah Symphony, Columbus Symphony, Atlanta Symphony, Atlanta Pops, Augusta Opera, and many other orchestras throughout the southeast.  For the past seven years he has performed with the Traverse Symphony Orchestra.  In addition to his orchestral work, Dr. Merwin is a respected leader in the arts having recently been a featured presenter at the “International Conference on Thinking”, “Ireland International Conference on Education,” and was invited to participate in Harvard University’s “Think Tank on Global Education.”

Dr. Merwin has won awards for “experiential leadership” by North Carolina Outward Bound, and the Pam Smart award for “innovative and motivational teaching” from the Galloway School in Atlanta. He has taught trombone master classes at the prestigious Shanghai Conservatory as well as in Portugal, Japan, Singapore and Norway.

Kedrik and his wife Sarah have been active members of the Grand Traverse community for the past ten years, Kedrik serving as Director of Music at Interlochen Center for the Arts, and playing in the Bay Area Big Band; Sarah teaching math at Interlochen Arts Academy. Their three children attended West Middle and High Schools and participated in many productions at the Old Town Playhouse.

Whether hiking at the dunes with their dogs, kayaking on the Boardman river, or eating at one of the many great Traverse City restaurants, the Merwin family are grateful to call Traverse City home.  Kedrik looks forward to contributing to the advancement of the arts and cultural life of the region through his leadership of the Traverse Symphony Orchestra.